New developments in captioning software mean that captions can now be outputted wirelessly to different devices such as LCD screens, projectors and tablets.

There are two types of captioning: open and closed.

In a theatre setting open captioning means that the captions are shown on screens visible to the whole audience. Generally Stagetext provides and promotes the use of open captioning because it makes the performance accessible to everyone in the audience and there is research to show that with open captions audiences spend more time looking at the actors.

Closed captioning can only be seen by people with the appropriate equipment. The captions are displayed to individual audience members using one of a number of closed caption devices. These include hand-held screens which the audience member holds throughout the performance, small screens installed on the back of the seat in front, and even special glasses.

A perceived advantage of closed captioning systems is that the captions are invisible to other audience members and do not interfere with the stage aesthetics. The disadvantages are that deaf audience members have to collect a hand-held device or sit in a designated area of the auditorium in order to see the seat-back screens and may not be able to sit with their hearing friends and family. Installing screens at every seat could be prohibitively expensive for small theatres.

Stagetext has carried out some research among deaf, deafened and hard of hearing people on this subject. In terms of viewing the performance, hand-held and seat-back screens present the challenge of constantly having to adjust the focus of the eye from the screen to the stage and so it is not appropriate for accessing most theatre productions.

Although Stagetext advocates the use of open captioning there are some circumstances where closed captions might be appropriate. The use of tablets could be used for promenade theatre events, where the audience need to follow the actors, site-specific work or when the set design would obstruct a unit or people’s view of the unit.

The Knight of the Burning Pestle at Sam Wanamaker Playhouse. Photo: Pete Le May

If your theatre is on an extremely tight budget and you already have access to an LCD screen or projector than it would be possible to use either of these pieces of equipment in much the same way as a caption unit is used. 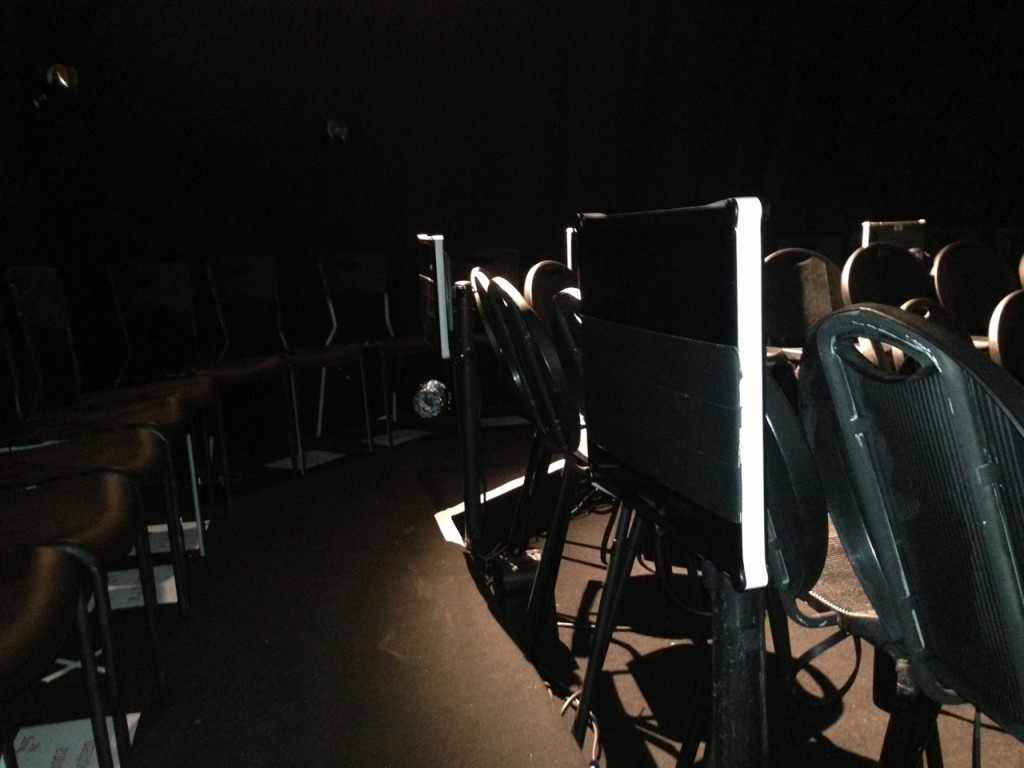 An LCD screen could be placed on the side of a stage in a small space and the captions could be outputted to the screen. The captions would be accessible to a proportion of the audience, depending on the size of the screen and the theatre, but it would not be completely open captioning as caption units are visible from a far greater distance.

Small LCD screens could also be placed in certain areas of a theatre providing access to a handful of people at a time which would be closed captioning.

Using a projector it is possible to project onto the back of the stage. This worked well for The Festival of the Spoken Nerd’s show, Technobabble, in April 2014 at Bloomsbury Theatre. 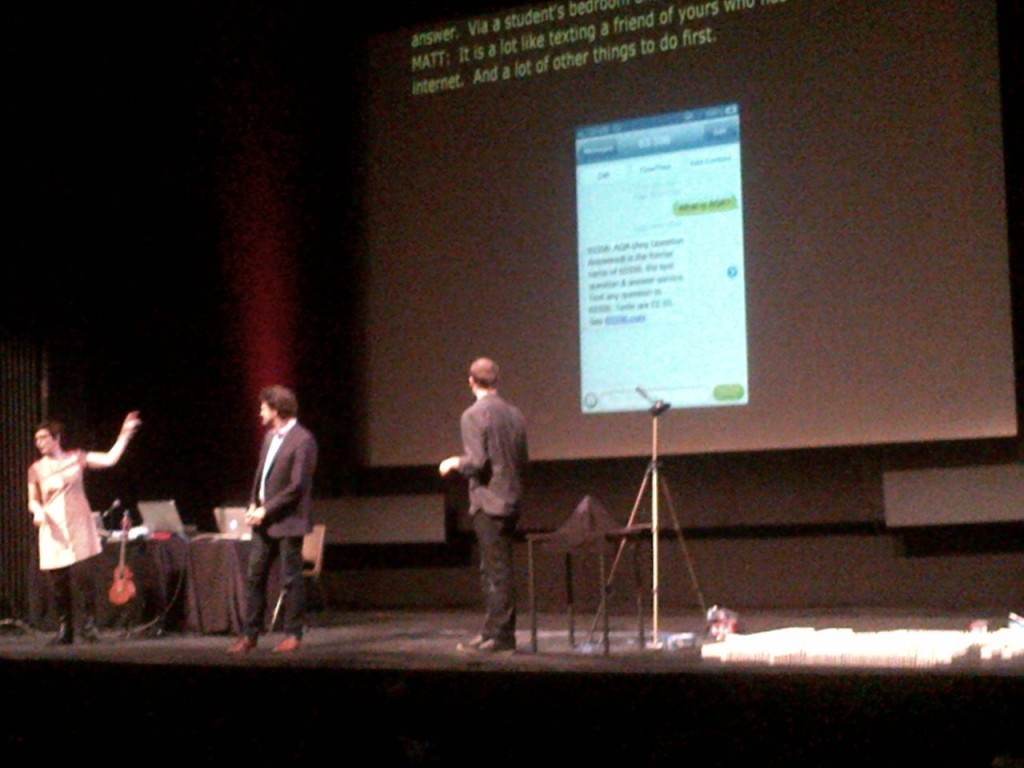 Festival of the Spoken Nerd at Bloomsbury Theatre

Although an option this solution is probably only suitable for a small number of shows where projections fit in with the aesthetic of the production.

Glasses
With the advent of ‘Smart glasses’ we’ve had some theatres and patrons contact us about their possible use for theatre access. Sony has trialled using their glasses for Cinema Access, and Stagetext have been in talks with them for trialling glasses for theatre captioning in the near future.

If you feel a production in your theatre is unsuitable for open captioning please contact Stagetext and they would be happy to advise you further on open and closed captioning systems.